Sustainable NH3 by Gasification of Wastes with High Nitrogen Content

A sustainable route for the production of NH3 has been proposed in this project via autothermal gasification of N-rich biological residues, thereby recycling and converting the reactive nitrogen and the hydrogen
contained in these residues into NH3. Under the operating conditions and raw materials studied (pure GLU, sewage sludge: SS or meat and bone meal: MBM), NH3 and N2 were the most abundant N-containing
products. Autothermal gasification of sewage sludge and meat and bone meal generated in Europe Around 10 % of the NH3 produced annually in the EU could be produced by the process proposed in this project, which involves the recycling of the nitrogen and the hydrogen contained in SS and MBM via autothermal gasification. This process is also promising for achieving net energy production thanks to the combustion of the syngas generated (102-262 GJ·ton-1 NH3). 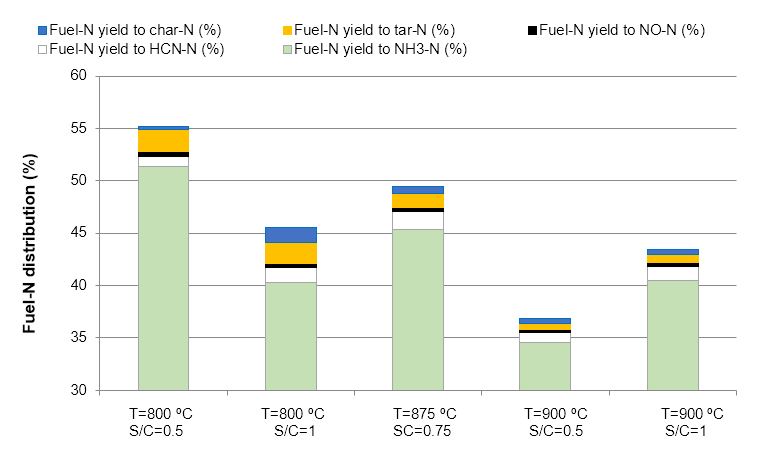