The efficient storage of energy in electrochemical energy storage (EES) devices appears to be crucial in moving from current energy supply sources (mainly based on fossil fuels) towards sustainable and renewable ones. Lithium ion
batteries (LIBs) have attracted considerable attention and become highly commercialized because of their long cycle life and high energy density.
Nevertheless, the scarcity and high cost of lithium resources make it challenging in application of large-scale energy storage systems. Therefore, a growing interest has recently directed towards technologies using cheaper, abundant and evenly distributed resources, such as sodium-ion batteries (SIBs) and potassium-ion batteries (PIBs). With this in mind, the present project aimsat developing engineered carbons from biochars, previously obtained through pyrolysis of agricultural residues, as anode materials for SIBs and PIBs systems. Several hard carbons will be produced through thermal treatment of undoped biochars at high temperature (900–1100 °C) and chemical treatment of pristine biochars (for N and/or P doping) and subsequent thermal treatment at mild conditions (600–900 °C). In both cases, the effect of the absolute
pressure during thermal treatment will also be assessed. Morphological and structural characterization of produced carbons will be conducted using the state-of-the-art analytical. Relationships between the electrochemical performance of the biochar-derived carbons and their morphological and structural properties will be carefully explored to identify the processes being responsible for ion storage in the anode and then contribute to a general mechanism, which could be able to explain the observed electrochemical processes for both SIBs and PIBs systems. 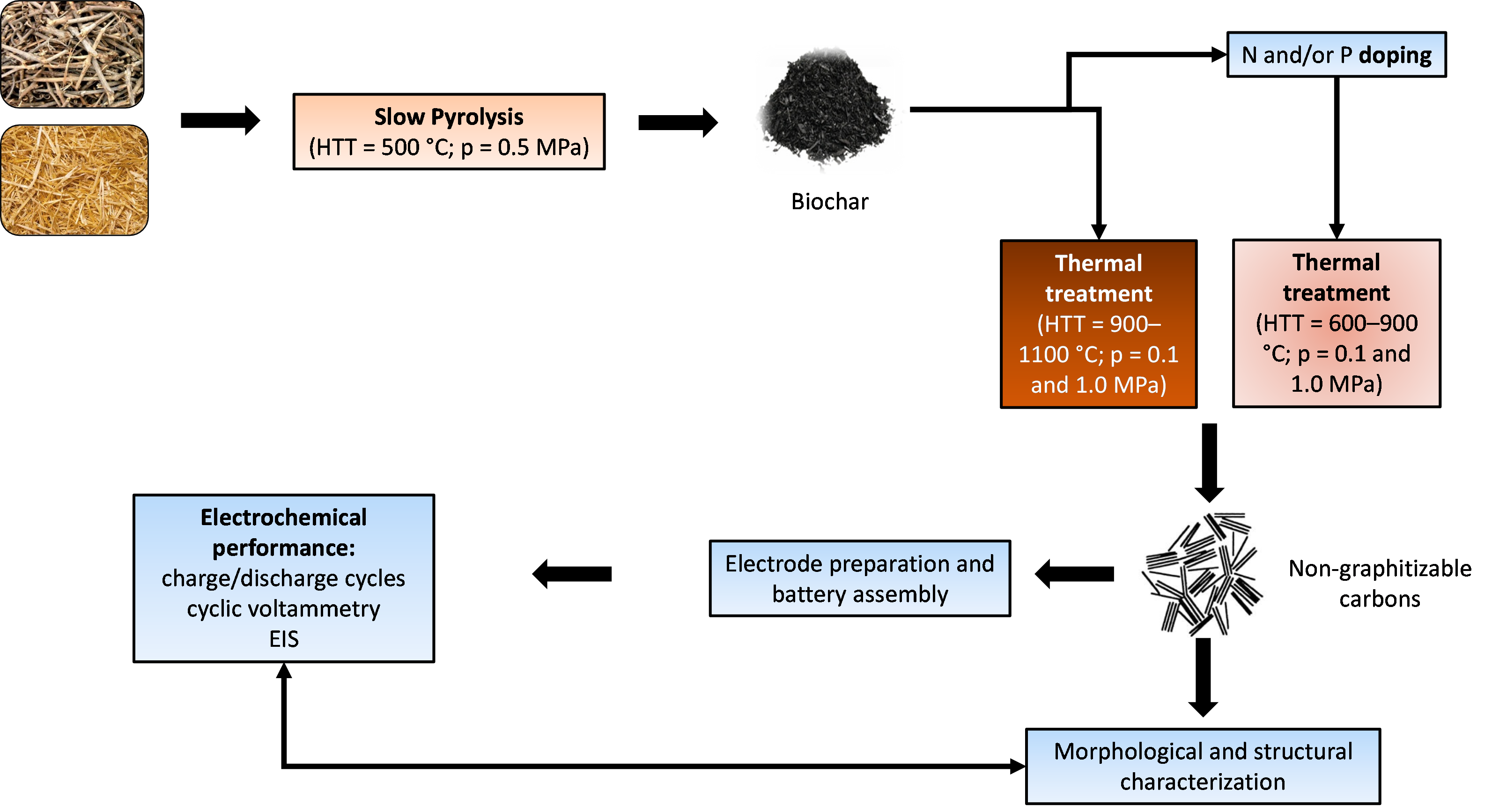